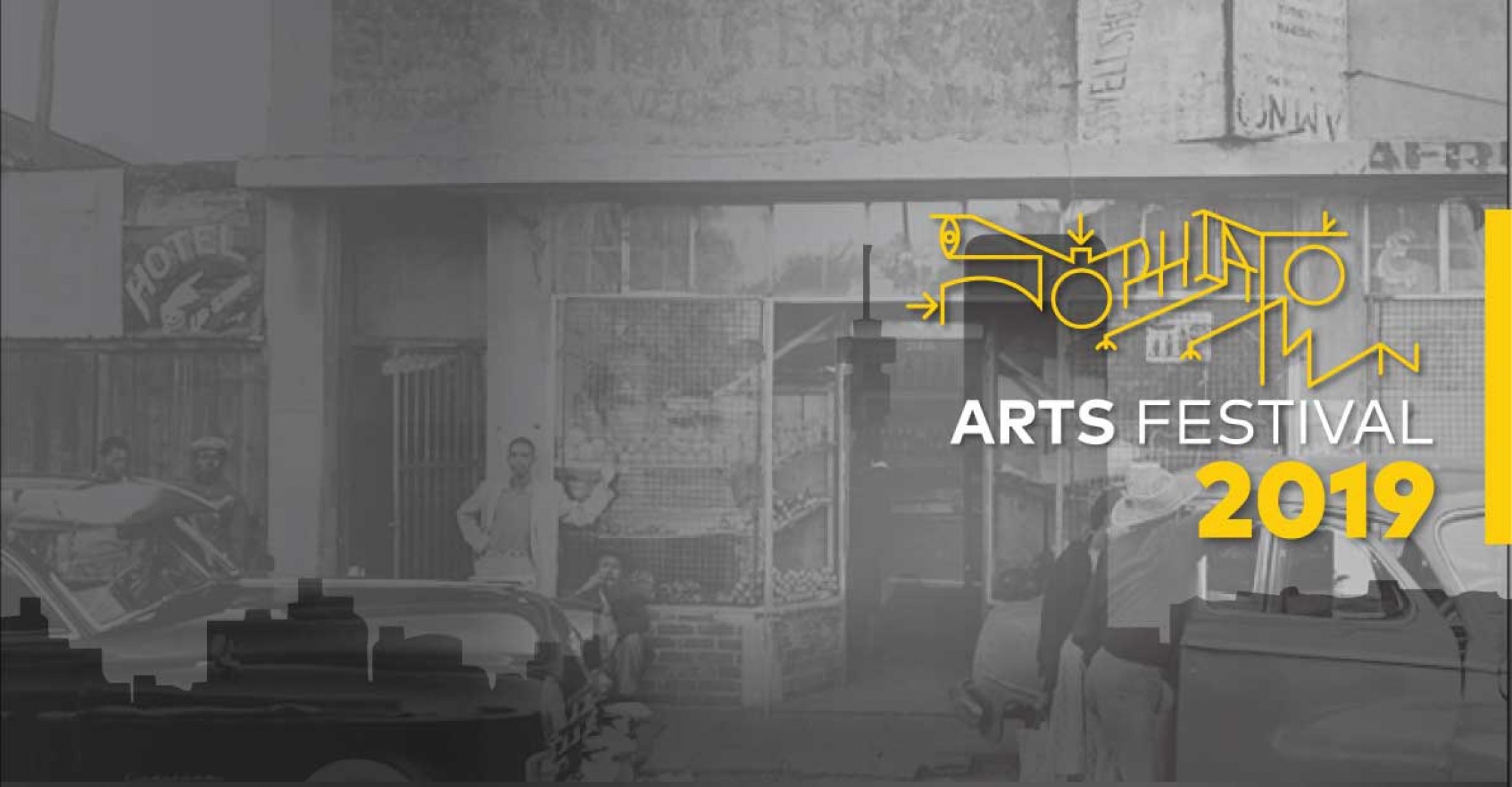 There are so many stories about what Sophiatown is. The Sophiatown Arts Festival is an invitation to make all of them meet; and to explore yet another “unwritten manuscript”.

Sophiatown was initially a farm outside Johannesburg, Transvaal (now Gauteng). It was bought by Hermann Tobiansky, who named it after his wife Sophia. So there’s love in the mix. Sophiatown (Kofifi), was a diverse cultural hub that was destroyed under apartheid, rebuilt as a social housing project, an epitome of white privilege, under the name of Triomf; and in 2006 officially returned to its original name. It was and is a space full of contradictions which also inflicts world renown cities, such as New York, London and Venice etc, for it seems both world-wide known preachers and gangsters seem to have coexisted within these streets. Today, people from all walks of life meet here: Senegalese Shops, Congolese Chefs, Greek Orthodoxy, all of this is South Africa.

Here are some words by Sophiatown Arts Festival activist Thami Lethebele, amongst other things, the founder and curator of the Soweto Book Café, on what Sophiatown means to him – feel invited to add yours!

Sophiatown –
There could have hardly been a more appropriate name for the historic suburb, synonymous with wisdom, arts, cultural excellence, social cohesion and heritage. and love.

Sophiatown as a symbol represents an buzzing epoch of arts and culture, a somewhat ‘golden age’, a cultural utopia that still lingers in the air, and the possibility of a renaissance in the urban area’s of Johannesburg in a de-colonial South Africa, that was dismantled by the Apartheid regime. But not destroyed.

Sophiatown was a refuge and an almost perfect model for cultural excellence, inclusivity and a complicated heritage of resistance and complicity; a real-life metaphor that is direly needed in today’s of xenophobia and hatred towards people considered ‘different’.

Sophiatown was home, safe haven and departing ground to some of the greatest artists, painters, writers and cultural giants of African literature, the likes of Miriam Tlali, Bloke Modisane, Can Themba, Lewis Nkosi, Gerard Sekoto, Jürgen Schadeberg and Don Mattera. Sophiatown has a great potential to be a hotbed of the next golden age and a cultural utopia that is aimed at every day anew, in this contemporary South Africa.

Image Sources: All three historical images: With the friendly permission of Jürgen Schadeberg, www.jurgenschadeberg.com. We are grateful!